Everything you need to know about Tivat Montenegro

Tweet Share 0 Skype Reddit +1 Pocket Pinterest 0 LinkedIn 0 Email VKontakte Everything you need to know about Tivat We arrived in the Republic of Montenegro, after spending two months sailing in Croatia. We are in the city of Tivat, located in the Bay of Kotor. Tivat is the smallest municipality in Montenegro and...

Everything you need to know about Tivat

We arrived in the Republic of Montenegro, after spending two months sailing in Croatia. We are in the city of Tivat, located in the Bay of Kotor. Tivat is the smallest municipality in Montenegro and its inhabitants do not reach 15 thousand, but in Tivat city we are less than 3,000, so we crossed with everyone in every corner, the supermarket or the pizzeria.

However, in contrast to the smallness of the place, here is the Marina Porto Montenegro, and a seat of the KSI Schools. 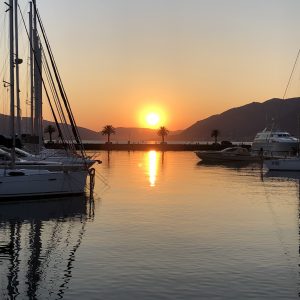 The Marina Porto Montenegro is a venture of a few years ago and became the largest mooring for megayachts in the Adriatic and one of the largest in the Mediterranean. There are dozens of luxury private boats of seventy, eighty or one hundred meters in length, which are owned by princes, sheikhs, oil magnates, owners of football teams. The market value of these ships is mostly tens of millions and in some cases over one hundred million dollars. The amount of money that is spent only on maintenance and fuel, are of an irritating obscenity, and would be worthy of better causes. 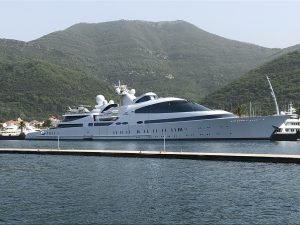 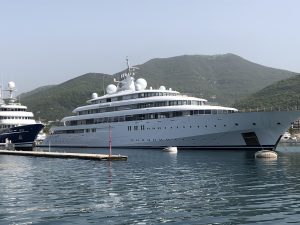 The Marina Porto Montenegro is also a center for various attractions, linked to the nautical world. A few days ago a week of the RC 44 World Class Championship was held, some super-modern full-carbon boats, which are sometimes run in doubles and others with six crew members, have similar lines to the old Copa America, and are not coincidentally design of the legendary Russell Coutts, five times winner of that race. The bay is large, about five or six miles in diameter and the wind is very constant, every noon begins to blow and it is established from the southwest at 15/18 knots, but as it is protected by high mountains, waves are not formed, so It is a flat and blown court, ideal for haggling. 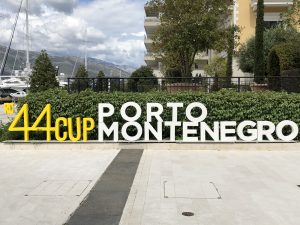 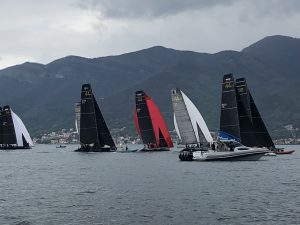 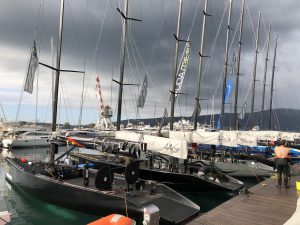 The Knightsbridge School International (KSI) is part of the Network of International Schools, which allows us that Maria Paz can attend with the same programs in different places of the world. And in this way complement the Sead, the Distance Education Service of the Argentine Ministry of Education. In other words, he does a distance school in Argentina with his mother and school in Montenegro in English, with children of various nationalities. 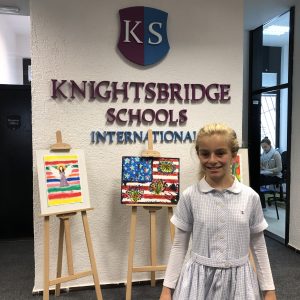 The small town of Tivat is picturesque and its people very warm. Unlike in Croatia, there are many people who do not speak any English, and the Montenegrin is very difficult, so even the signs are valid when communicating. The local cuisine is similar to the Croatian cuisine, and the different Konobas, traditional canteens, offer a varied menu of captive recipes based on fish and seafood. 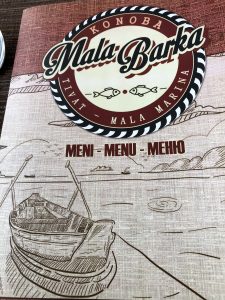 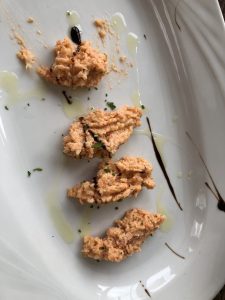 Mala Barka, is the most recommended kanoba, with fresh fishing, where you can choose the fish that we are going to eat at five euros a hundred grams; and while they cook it, enjoy a salmon, octopus and tuna pate, delicious specialty of the house!

In any supermarket there are three or four brands of phyllo dough, so faithful to our style of adapting to the customs of the place, we are doing different recipes with phyllo dough every day, which we have concluded, it gives for everything. Stuffed with spinach, ham and cheese; eggplant leeks and mushrooms; ham, tomato and basil and follow the tests. And to take advantage of the use of the oven, while the food is made, the dessert also comes out, a filo dough filled with apples, caramelized pears or bananas. As you will see, we are in the process of creating a new philosophical school.

We are also respectful of local customs regarding beverages, where several brands of local beer offer their concoction in plastic containers of 2 liters. Yes, they read well, Two Liters and at an incredible price, 1.7 euro approx. There are also good wines for 2 or 3 euros, and they come in a 1 liter bottle. It is a very thirsty town, it seems.

Obviously it is much better to travel all this from the water in a sailboat, because it is appreciated more and better, you can enjoy the clear waters of the Adriatic and we avoid going around changing hotels, renting and returning cars, making and unpacking bags every day, etc. Waking up in a bay, having breakfast and going out to discover our next destination, is a real privilege.

In the Adriatic and the Mediterranean, white sand beaches are not abundant, but there are some. In Tivat, Waikiki beach is the best and most visited. But to find the beautiful Montenegrin beaches we must go sailing to Ulcinj, Budva and Sveti Stefan.

The beaches of Montenegro are one of the attractions of the country and undoubtedly one of the reasons why Montenegrin tourism is growing.

The coast that has almost 300km, alternates villages with charm sheltered from the shelter of walls that promoted the Venetians during the occupation of the area, with beaches (almost 100 km) for all tastes: some extensive ideals to walk and host festivals of music, and other coves and smaller, more virgin beaches where there is even place for nudism. 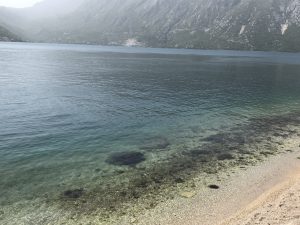 But for now going back to Tivat, in the same bay of Kotor, there are other towns full of history and medieval architecture like Perast and Kotor, which can be navigated or by land, the taxi from Tivat costs 10 euros, but the taxi drivers insist on wanting to charge 15, so it is advisable to agree on the fare before starting the trip. 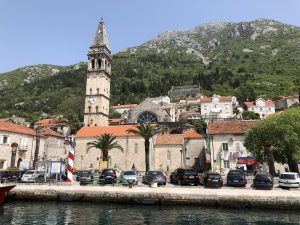 We will go with the boat next week, then I will tell you … 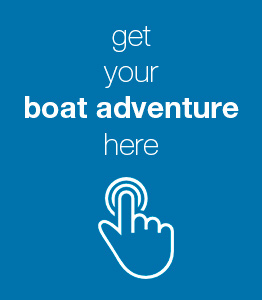 What to do in Ibiza and Formentera, a beautiful destination for your holidays

10 Best Tips to for Visit Split