Search
Luxurious week on the south coast of Portugal by yacht 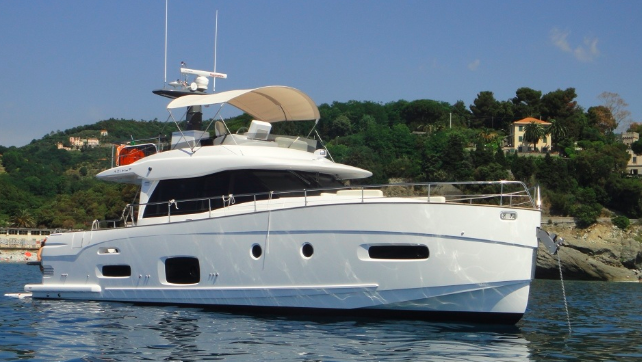 Luxurious week on the south coast of Portugal by yacht

Magnificent along the coast of Portugal on a Luxury Yacht.

A small country with immense charm. This destination has an 18th century appeal due to its rural architecture and the atmosphere that surrounds its coastal villages.

This boat is skippered by a skipper so that you can make the most of the excursion. Starting at the port of Cascais we find the beach of Praia de Carcavelos, the most popular and well-known of the area due to its immense amplitude and direct contact with the city. Its fine area attracts all kinds of tourists and the warm atmosphere of the country generally keeps them here until after the summer, or even before they have arrived. At one end of the beach you can see the fortress of Sao Juliao Da Barra, which is one of the largest military complexes in the country, and where the Portuguese Minister of Defence resides.

Next you can enjoy Lisbon's beaches, including Praia do Guincho beach, 32 km from the city. It is considered a paradise for windsurfing and kitesurfing because of its waves, which are surrounded by mountains that help to provide adequate currents. Here you will be able to appreciate the country's nature in its purest state, as it is less accessible by land and being surrounded by mountain ranges offers a strong contrast between the clear blue of its waters and the strong green of the fauna around it.

Next, in Sesimbra, we find Praia da California beach, a large and beautiful urban beach with fine sand and a large promenade full of restaurants where you can sample the local cuisine. Then, along the coast we arrive at Tróia, highlighting the beach Praia Bico das Lulas, a unique landscape that evokes infinity due to the immense portion of sand that is found on the beach without any type of building nearby.

Later, in Sines, the beach Praia de Sao Torpes stands out from the rest for its rocky promenade and wooden walkway that surrounds the entire beach to access it. From here you can enjoy spectacular sunsets with the tranquillity of the sea breeze. And finally, returning to the place of origin is the Praia da Duquesa beach, which would be like any other beach if it did not have a small ravine where there are numerous buildings that show the rustic architecture of the country.

This boat has 3 cabins and two spacious bathrooms, for a capacity of 6 people. It offers a comfortable and peaceful navigation in which to enjoy all its comforts. At the rear there is a large relaxation area to enjoy the views of the Portuguese coast and in its huge fully equipped kitchen an opportunity to indulge in the gastronomy.